Sometimes I wonder what flag I should be saluting: the American flag or the Pride flag. I have a sense of dedication to the American flag, but I have only fought for the Pride flag and what it represents.To be frank, I am not sure what American pride is. Is it our legacy? Slavery, genocide, isolation, class ism, religious persecution, highest incarceration rate, laziness, bigotry. I could go on and on. Does freedom outweigh those things? If I was free, maybe. But I am not.Even if I wasn’t in prison, I would still be in a prison. The prison of Democrat or Republican, North or South, Christian or Muslim, Straight or Gay, Cis or Non-Cis, addict or non-addict. All of which contain their own social rules.I have fought for the Pride flag. I have been shunned, beat up, spit on, hated, laughed at, outcast, slapped, ripped off, defriended, befriended, hustled, raped, abused, used, and have fought. I have stood toe to toe with religious and gang leaders, I have written world leaders, I have been ignored, cheated, loved and then hated and then cornered. I have stood face to face with people who are so disgusted with my sexuality they can barely contain themselves.We experience so much in our lives, my opportunities are limited because of my sexuality and the few who oppose. But, that’s why we fight, because American pride does not equate or relay equality. It equals entitlement and disregard, it equals step on your throat until you submit and go back to the gutter my forefathers put you in, it equals stay out of my space whether its a sewing room or country. But LGBT Pride equals give me the opportunity you’ve taken from me. It equals let me into that sewing room because I’m no different then you. It equals hard fought and even harder won.I’m feeling a little oppressed today, and I don’t think I’ll allow it.With LoveJeff UtnageJeffebelle 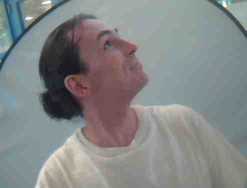