I woke up thinking about transitioning for some reason. Maybe it was because I went to bed last night reading “The Laws Of Plato” and had just begun Book 1. In fact here is a quote:“…the first and best of all victories, the victory of oneself over oneself and being defeated by oneself is the most shameful and at the same time the worst of all defeats.”This indicates, as the writing leads you to in the next paragraph, that each person has a superior and inferior self. Because, if you can win or lose against and within yourself, surely you are divided into a superior and inferior self.It just so happens that my superior self is a woman, who triumphed over bad and gloriously defeated my inferior self, a man. Now, I am working furiously to pink wipe the memory of the inferior because history is written by the victor.Pink Wiping (as defined in my own terms, I am using it as follows):: In transitioning from male to female, the act of eliminating pieces of ones life that indicate maleness such as appearance, identifications, and name, but especially in regard to identifications that are used by the government.With LoveRuth UtnageSubscribe, Follow, Interact, Comment and change YOUR communityMail To:Jeff aka Ruth Utnage 823469 D-610-2MCC-TRUP.O. Box 888Monroe, WA 98272or email through jpay.comDOC: 823469Name: Utnage, Jeff (though I am legally Ruth) 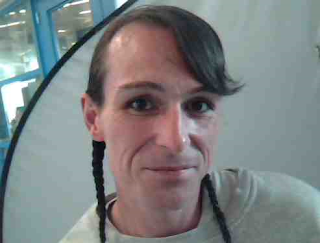