Every community and dare I say, family, has one or fifty people who make themselves unlovable. Maybe they are hypercritical, angry, or just plain uncomfortable to be around and asking God for more patience is not working out. I have some things you can try.As you know I am incarcerated and this place is riddled with folks who make it hard to love them. Yet, I do. It used to be that I had extra patience for just the LGBT community in here. They had their faults but I understood them, where they stemmed from and knew their struggle. But this other joker who was doing the same annoying behavior, now he is a …A friend of mine engaged in an experiment with one particular person. He lied constantly, he was well-despised by nearly everyone who lives among us. He was obnoxious and rude, he had the reputation that actually matched the character, miserable. Our experiment was simple, everyone was rude to this guy, he has no family, hasn’t gotten a letter from anyone in years, he is caustic on a level that’s hard to imagine…got your mental image? Good, here’s what we did, we said “hello” to him. That’s it. Then we did it everyday. We didn’t become rude when he came near, instead we became nicer and nicer. We rewarded him with actual friendship and when he slipped back into his caustic and unpleasant ways, we explained in painstaking and child-like detail how that makes people feel and then gave him ideas on how to approach the situation differently. Guess what, he was receptive. Overall though, what we really set to do was be a friend because nobody else was willing, he just wanted to be humanized. Just like us.It is hard to empathize with someone who put themselves in a situation that removes them from the community. However, having a friend or two can be life changing.Subscribe, Follow, Interact, Comment and change YOUR community.With LoveJeff aka Ruthie Utnagewww.lgbtqprisonsupport.com 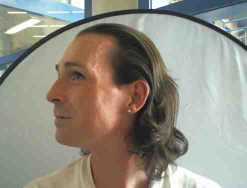