I am going to explain the difference between Good Offenders and Not So Good (Bad) Offenders. As a member of the public you deserve to know that some inmates are rehabilitating and returning to society healthily and some are not. Describing all inmates as ‘offenders’ is just like calling the entire L,G,B,T,Q/Q,A,I,P,GQ,GNC, and TS community “gay.” It just doesn’t quite cover it.
The word offender is used as a psychological trigger to reclassify us as humans. For example, think of all the character traits associated with the word offender and tell me how many are positive. Now think of the word patient or individual, much different character traits emerge, do they not? Don’t think for a second this isn’t intentional.
Since I did “offend” and commit a crime, wearing that label is par for the course and part of what it means to victimize and be incarcerated for such things. But, there are differences among offenders, we are not all the same once incarcerated.
I believe some credentials are in order (what qualifies me?). Those of us who are incarcerated spend lots of forced time together. Staff are not around us 24/7 and only get a small portion of our character, very few look for positive attributes, not when their entire job is to find our wrong doings…constantly. Inmates know each other well. Just like people from the same neighborhood understand one another, so do inmates.
We see one another when we are distressed, happy, sad, amped up, struggling, in love, out of love. We know when someone is about to snap, or when that same person is smitten or struggling with addiction, for instance. Staff doesn’t know this, nor will they ever (not as long as the system works the way it does now), prison mental health personnel are barely qualified to provide treatment and rarely get to witness how someone actually behaves if one goes at all (mental health folks have earned the reputation of being the least trustworthy among inmates and when an effective one comes along the word spreads quickly and their caseloads become overwhelming, rendering them ineffective or inaccessible).
But we know, as inmates, we know if someone is feigning for drugs or just one wrong look away from assaulting someone or who to stay away from because they’ll rape you. We have a discernment that only we, as inmates, are qualified to designate. No lawmaker, corrections staff or administrator, lawyer, judge, prosecutor, family member, or advocate can ever understand offenders the way we do, the way I do.

By ‘Good Offenders’ I mean those who have taken rehabilitation and correction seriously. This term has nothing to do with crime type. Good Offenders:
-Socialize with most everyone
-Have a generally positive outlook
-Stay busy improving themselves
-Are genuinely remorseful
-Take FULL accountability
-Help others
-Try to be self-sufficient
-Willing to admit character flaws AND work on them (really important one!)
-Not easily influenced
-Have goals they are ACTIVELY working towards

Bad Offenders
By ‘Bad Offenders’ I mean those who are probably going to come back, re victimize, and are not rehabilitating. Bad Offenders:
-Join (and stay in) prison gangs (no, its not a requirement, there are plenty of alternatives)
-Blame shift
-Only hang out with “solid” convicts (those without sex offenses and those who promote drug use, extortion, racism etc.)
-Still follow the convict code
-Only socialize with “their” kind, i.e. whites or blacks only (racism)
-Not accepting responsibility, i.e. “its the systems fault I shot someone”, “cops are bigots, never mind I robbed a bank”
-Have no character flaws (yeah right)
-Say things like “at least I’m not a weirdo” (meaning sex offender) or “I’m a convict”
-Don’t take positive criticism well
-Are waiting to “get out” before they make intrinsic and cognitive improvements.
That’s a great start, easily identifiable traits that are in plain view. Ask an inmate if he will work out with a sex offender, if he says no, that person is more than likely coming right back and it could be your child or wife or coworker they shoot next.
With Love
Jeff “Jeffebelle” Utnage
www.lgbtqprisonsupport.com 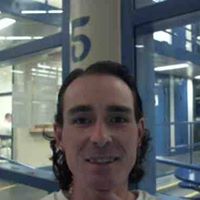